I grooved on the whole brussel sprouts thing.

Boiled or steamed ones are hideous and I was not overreacting when I gagged, wretched and feigned death into my cloth napkin at my grandmother’s dining table, but once I learned to cut them up, roast and marry them with some fennel or cabbage, and season with tiny chips of bacon and olive oil, I was all in.

I did a 180 on olives, which I thought I hated for five decades. Turns out I love them. And not just in martinis.

I celebrated radishes a few years back when they became groovy again. Duh-uhh for gourmet burgers, avacado toast, mocktails and cronuts, but I now eat kale, beets and hummus, and simply adore good sushi.

I’m drawing the line at cottage cheese though.

Apparently it’s making a come-back and I’m not budging. I was six the last time I tried it and I’m holding fast to the never-again commitment I made that day.

Sometimes you’ve just got to stick to your convictions. I’m a hard NO on gummies, artificially-flavored strawberry things and cottage cheese. It’s all I’ve got left.

Click here to purchase or review one of my books! To review, click on the reviews and then “Add a Review.” 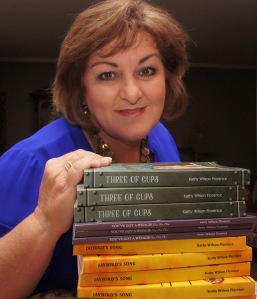